*Aircraft listed "On Loan" are privately owned by individuals or corporations and are proudly displayed at the Estrella Warbird Museum. The Estrella WarBirds Museum does not own, restore, operate nor maintain flyable aircraft. We are grateful that the owners display their aircraft at the museum for the public to view. Any courtesy rides given by aircraft owners is an agreement solely between the person that owns the aircraft and passenger.

The Piaggio FW P 149D came home to roost at the Estrella Warbird Museum in 2016. The Piaggio P-149 is also known as an FW P-149D as they were originally built by Piaggio Aero but later licensed and built by Focke-Wulf. Piaggio originated from a company which had its roots in the building of ships and trains and was established in 1884. In 1915, Piaggio manufactured their first aircraft under license.

Giovanni Casiraghi, a successful engineer, was already employed in the late 1930s by Piaggio Aero and created many successful aircraft types. The Piaggio Focke Wulf 149 D has its origins in early post-war Italy. The Piaggio Company in Genova survived post-war years by diversifying its production; a method which led to the success of the "VESPA", and in the aircraft field to the production of several successful aircraft designs The first post-war production aircraft was the P-136, a modern amphibious plane, followed by the P-166 land plane. In 1950 Giovanni Casiraghi designed the P-148, an all-metal 2 seater tailwheel trainer, from which the P-149 was developed.

The Piaggio 149D took its maiden flight on the 19th of June, 1953. The German forces picked the aircraft as a trainer ahead of the Beechcraft T34 Mentor and the Saab 91 Safir, mainly due to its big cabin, since the plane would also serve as a liaison aircraft for the German Air Force and the German Navy.

The German Forces received 72 Piggios as unassembled kits from the Italian factory. They carry Piaggio-Dataplates and serial numbers between 250 and 325 but were assembled in Germany. Thereafter, the type certificate was sold to Focke-Wulf and the whole production-line was relocated to Bremen, Germany. Here another 190 of the aircraft were produced for the German military. Those carry Fock Wulf data plates and serial numbers from 001 to 190. Even the engines had been license built by BMW in Bavaria (powered by BMW! with engine serial numbers beginning with a "B-".

Total production was 280 aircraft. Most of them were military, but a few examples went to private customers. SWISSAIR, for example, bought five Piggios (P-149E's) for their now abandoned flight academy in Zurich, Switzerland. A few more were delivered to the Uganda Air Force (P-149U's).

The last P-149D was retired from the German Air Force on 31 March, 1990 at Fuerstenfeldbruck, Bavaria, Germany. 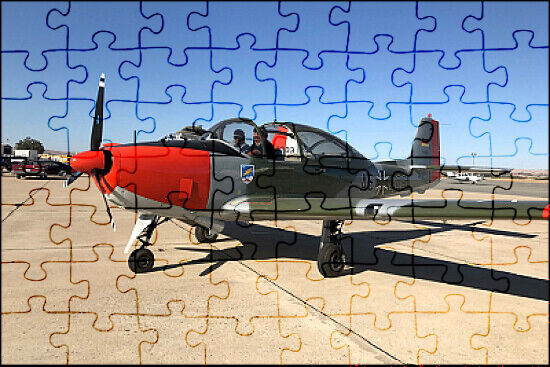